La Verde Compound in New Capital City offers a one-of-a-kind housing experience where elegance and luxury are dominating the scene; it’s a distinguished experience where residents are privileged to enjoy vitality, integration, and elegance.

In La Verde New Capital, the greenish components are brilliantly intertwined with the constructive elements forming a seamless breathtaking design.

La Verde Company, one of the real estate leaders in the Egyptian market, intended to integrate a huge selection of residential and commercial units at unbeatable prices in its project “La Verde New Capital”

If you are looking for a prime location, a prestigious community, a wide selection of homes & villas, unbeatable prices, and breathtaking views, then La Verde New Capital shall be your first choice. 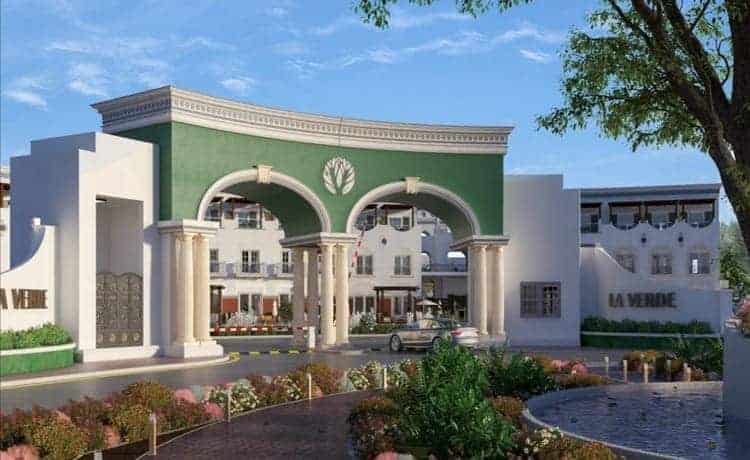 The location of La Verde Compound

Check the top nearby places from La Verde Compound:

La Verde New Capital is a 35-Feddan land space that is perfectly designed and covered with green spaces that aspire to a bright future and blessed morning.

La Verde is not just a name, it’s a concept of a greenish environment where nature has conquered the scene. As La Verde Company dedicated around 80% of the compound’s total space to designing different types of awe-inspiring views, such as greenery landscapes, promenading tracks, colourful flowers, fountains, etc.

The remaining space of 20% is filled with the top modern Mediterranean architectural designs that give an ultra boost of elegance to La Verde. Yet, one can notice that the stunning architectural design of La Verde features a balance between modernity and a sustainable and healthy environment approach. 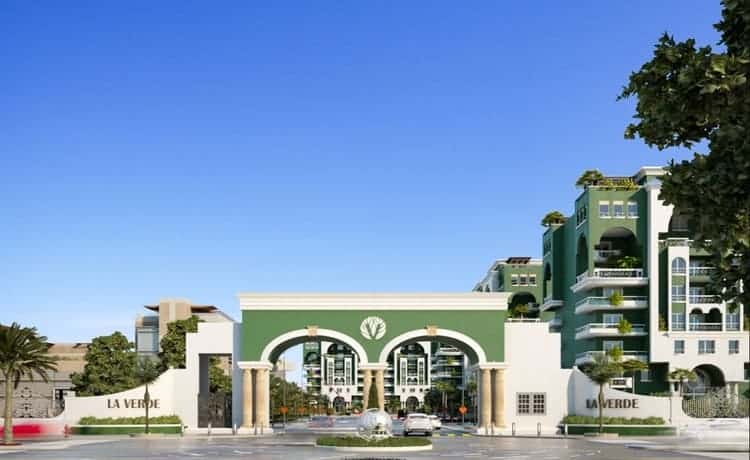 The Architectural Design of La Verde New Capital Compound is inspired by Mediterranean techniques, a smart design that implies the highest level of modernness where, yet, the classic Egyptian vibe is still preserved.

La Verde Company for Development has contracted with experienced figures in the design firm, who are capable of providing real value for property owners, to follow and implement the latest modern design techniques for more practicality, comfort, and luxury.

For example, homes in La Verde New Capital are specially designed in a way that allows the perfect amount of sunlight to embrace the rooms’ inner corners for a light calm experience, allowing the freshened air to go in, and finally, the neat colours and materials used in La Verde Homes impose an extensive level of solace and durability. 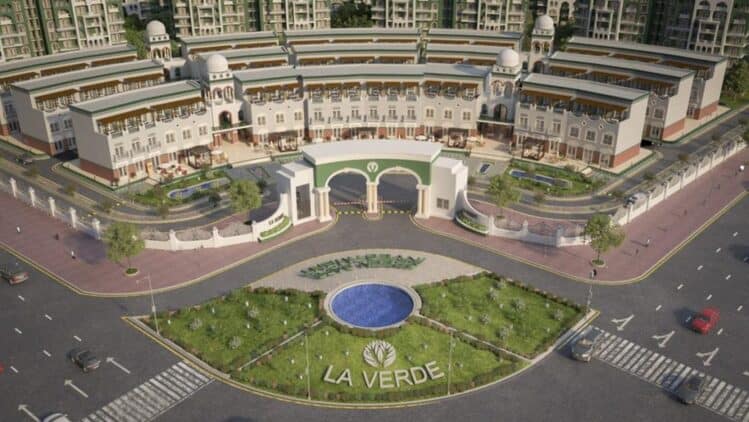 La Verde Company for development followed customers’ voices in the smallest details, even in deciding what type of unit shall be provided in La Verde.

After in-depth analysis, and coping with the era of technology, the company figured out that buyers’ visions and demands have differed and multiplied.  Therefore the company offered a huge selection of apartments, duplexes, villas, and studios in totally different spaces and different interior divisions.

Meet Our Team To Pick Your Perfect Home Now 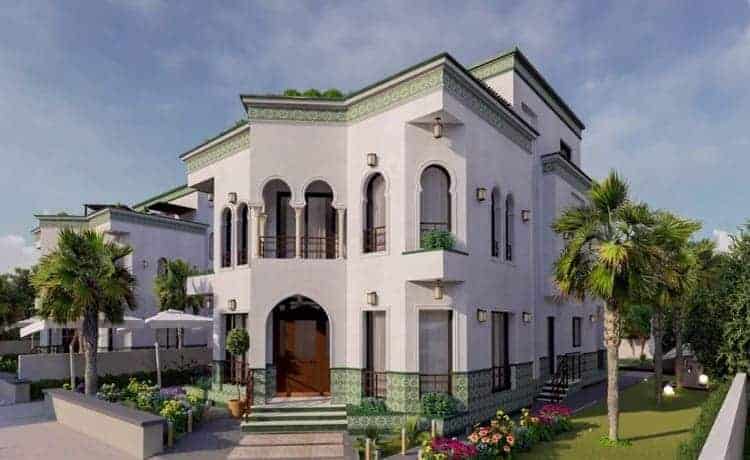 Each detail in La Verde New Capital Compound is precisely picked and designed to boost residents’ lifestyles to experience luxury and comfort.

Here’s an overview of the top significant facilities and features in Compound La Verde:

Offering superior quality at unbeatable prices is one of the main considerations for La Verde Company to place its projects on the top list of the best compounds in Egypt.

The company was keen to diversify its payment plans with distinguished applicable traits upon customers’ different requirements.

Get your Home Now! 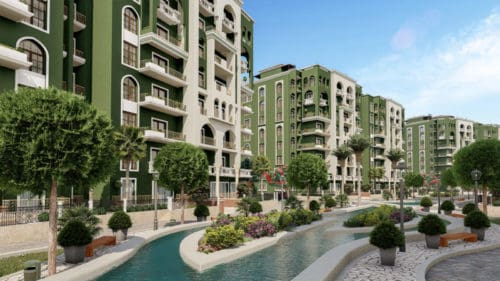 The developer of La Verde Compound

La Verde Company for Development was launched in 2017 and became one of the notable real estate companies that provide well-curated and luxurious homes.

The company has a clear mission of being a benchmark in the housing industry in Egypt; a branded name for providing high-quality residential spaces in prime locations with fascinating landscapes.

Other projects in New Capital City

Who is the developer of La Verde New Administrative Capital?

What are the types of units in La Verde New Capital Compound?

How can i contact the consulting team in La Verde New Capital Compound?