A New Milestone is about to launch in New Zayed ” Rivers Compound“. Tatweer Misr represents a revolution in the housing industry in Egypt by developing “Rivers” in terms of luxury and integration.

The architectural design of Rivers New Zayed, which occupied the social media attention the last few days, would showcase a distinctive level of gleaming authentic print where the deluxe symmetrical building is well-blended with the enchantment of the landscapes and water-based elements.

According to the pricing strategy, Rivers New Zayed features an easy-to-handle installment plan that lasts up to 8 years.

Time to Expose a New Realm of Luxury

The location of Rivers Compound

Rivers Compound by Tatweer Misr is located in the west of Cairo in New Zayed City, 3 minutes from Sphinx International Airport. The prudency in choosing Rivers New Zayed Location lies in its proximity to the most livable areas in the West, as the compound is only 12 minutes from the center of Sheikh Zayed City.

In the latest announcements of Tatweer Misr Company, it was revealed the total land space of Rivers New Zayed is 100 Feddan. Such as massive space is expected to play a significant role in qualifying the project for integration; as the more the compound space is huge, the more services are included.

Yet, the space isn’t the only gent in the blooming of any project, in Other words, how the space is utilized is considered the dominating agent in deciding how the project would be and how people will heavenly react to the provided services.

Due to the space utilization of Rivers New Zayed Compound, it shows an outstanding division between the allocation of services, landscapes, and residential units.

Types of Residential units in Rivers Compound by Tatweer Misr

Rivers Compound by Tatweer Misr offers a variety of residential units to satisfy customers’ different needs. Besides the variations of units types, the company decided to provide each unit in different spaces.

To know the space of each unit, contact us Now

Tatweer Misr revealed the concept behind the construction of Rivers New Zayed through its slogan “Experience the Joy of Riverside living”.

This discloses how the architectural design of Rivers in Sheikh Zayed would be; a unique design that blends the artistic features of the aqua-based elements of lagoons and fountains with the solution-based residential blocks in a streamlined view.

Similar to Tatweer Misr Projects, the design of the residential villas in Rivers New Zayed encompasses smart geometrical shapes that allow for the natural sunlight to touch the corners, in addition to giving space for fresh air to pass.

Tatweer Misr Company aims to classify its flagship project “Rivers New Zayed” with integrated facilities; thus; the company is getting ready to build a boutique of facilities and amenities inside the compound that would be easy to access from all the residential areas.

The prices of Rivers New Zayed Compound would be revolutionary because of its high return value provided, as the compound features a deluxe premium quality in terms of construction, material, services, and location.

Here’s an overview of the starting price of the most-required units:

Meet Our Consulting Team Now to decide your perfect unit! 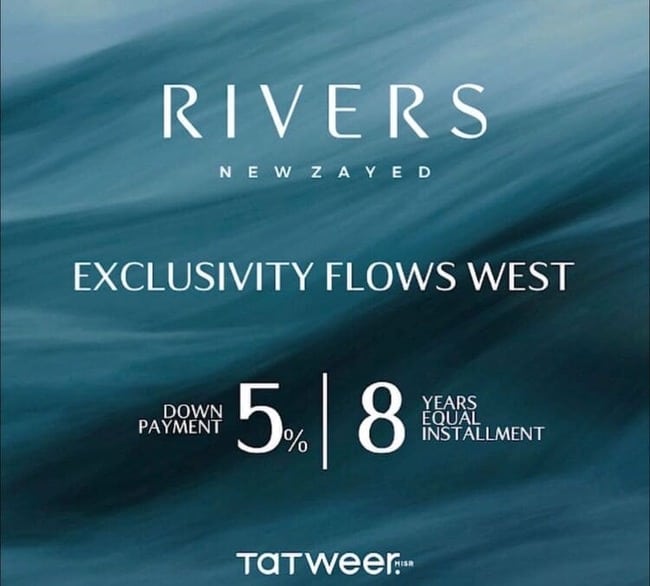 The Installment Plans of Rivers Compound in New Zayed

Facilitating the payment process for a residential project represents a critical purchasing decision for all customers. Accordingly, TatweerMisr Development announced a simple and easy payment system with a 5% down payment:

Get Your Unit Now in Rivers Compound New Zayed!

For the first time in New Zayed, Tatweer Misr launched a top-notch residential project “Rivers Compound” to capture one of its booming projects.

Tatweer Misr is renowned for its long and solid history of mixed-use residential projects that later were honored by worldwide and local institutions for development. One of the top rewarded projects of Tatweer Misr is Fouka Bay & Il Monte Galala in North Coast.

Since the company’s commencement in 2014, it has been endeavouring to dominate the real estate market in Egypt with deluxe residential projects, it’s noteworthy to mention that all projects of Tatweer Misr are featured with its unique philosophy that depends on a solution-oriented base to enhance the lifestyle and upgrade its luxury.

Who is the developer of Rivers Sheikh Zayed Compound?

What are the types of units in Rivers New Zayed Compound?

How can I contact the consulting team in Rivers New Zayed Compound? 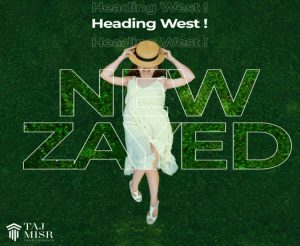