IL Bosco New Capital is one of the latest residential projects in the New Administrative Capital, as it is a new urban breakthrough implemented by one of the leading giant Egyptian companies in the field of real estate development.

IL Bosco New Capital is located in a strategic location, to say the least, as it is close to the important vital potential, and it was developed on a huge area with green spaces, as well as providing different units with various spaces that suit all social and age groups.

The prices of il Bosco New Capital are the most characteristic of the compound, as they are very ideal prices followed by ideal payment systems that have high flexibility that facilitate the purchase process for customers, and other advantages are available, follow us in the following article to learn about them.

Apartments for sale in IL Bosco, the administrative capital, in installments over 9 years, book your unit now 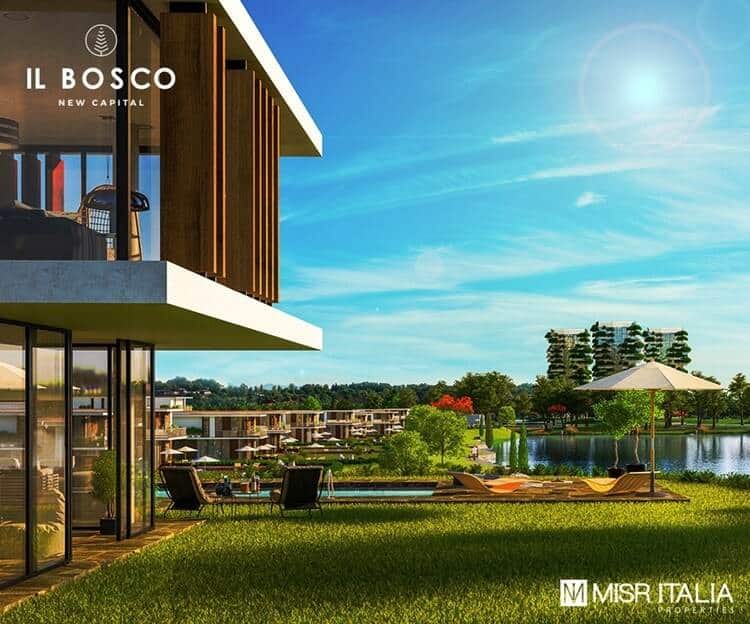 What is the location of the Bosco New Capital compound?

The location of IL Bosco Compound is characterized by its central geographical location between the most famous and most prestigious areas and neighborhoods in the New Administrative Capital, as it is a residential, commercial, and administrative compound located directly on the main southern street of Mohamed bin Zayed.

The strategic location of Bosco Administrative Capital was one of the most important reasons for the popularity of the project, which was the reason why customers and investors searched for apartments for sale in the Compound IL Bosco, due to its location near several important areas, as follows:

The Bosco New Capital compound provides its residents and patrons with all basic and recreational services so that life inside it is complete and full of vitality and meets all requirements, as follows:

The area of ​​il Bosco Compound

The space of il Bosco New Capital joins one of the most important advantages provided by Misr Italia for Real Estate Development in its residential project in the Administrative Capital, as the compound was built on an estimated area of ​​200 acres, i.e. more than 840,000 square meters.

The project includes all the basic and recreational services that made life inside the IL Bosco compound unique among the green spaces and all the factors of comfort, tranquility and complete privacy.

The space of apartments for sale in IL Bosco New Capital?

The huge space of the project was the reason for the multiplicity of units and their areas, and it contained many apartments for sale in the Compound IL Bosco Administrative Capital with different areas that give all clients all the needs they are looking for, as follows:

And each of these residential styles varies in terms of spaces and internal divisions of the number of rooms. The apartments start with their divisions from two rooms up to 3 rooms, with spaces for each room that vary according to the area of ​​the whole unit and the division of the apartment.

As for the villas, townhouses, and twin houses, they certainly have different areas and different subdivisions. In general, the apartment spaces in the IL Bosco project start from 130 square meters up to 200 square meters.

The spaces start from 297 m² up to 530 m² for villas, townhouses and twin houses. It is worth saying that the exterior design of the units of IL Bosco New Administrative Capital was implemented by the company on the latest modern architectural styles.

While the interior designs of the units remained the property of its owner to be distinct and different from any other apartment in the compound.

What are the prices of IL Bosco Egypt Italy?

The units within the il Bosco New Capital compound were provided at ideal and wonderful prices compared to the other services and features that are provided within the compound, as it is impossible for the customer to face a problem in prices when acquiring a unit from the apartments of the Compound Bosco New Capital.

Misr Italia was not satisfied with offering competitive and unparalleled prices in the heart of the New Administrative Capital, but rather completed what it had started and aimed at, which is to provide all amenities for customers by offering multiple payment and installment systems, including the following:

Why the project of the capital Bosco?

Which is considered the future of the Egyptian urban space with its distinguished location on the borders of Badr City between the Cairo/Suez and Cairo/Ain Sukhna roads, and in the east of the regional ring road immediately after New Cairo and the Madinaty and Mostakbal projects.

This makes the entire administrative capital only 60 kilometers away from the heart of Cairo, and IL Bosco represents an integrated residential community in this pristine region of all of Egypt.

It is the ideal choice for lovers of comfort and tranquility, as it offers an innovative concept of modern housing with international designs surrounded by a lot of green spaces and water bodies.

The importance of housing in the new administrative capital

There are many wonderful features that are available within the city of the New Administrative Capital, which are sure to push you to live within one of its projects. The capital has wonderful ingredients that make you enjoy living inside it, and these features include the following: 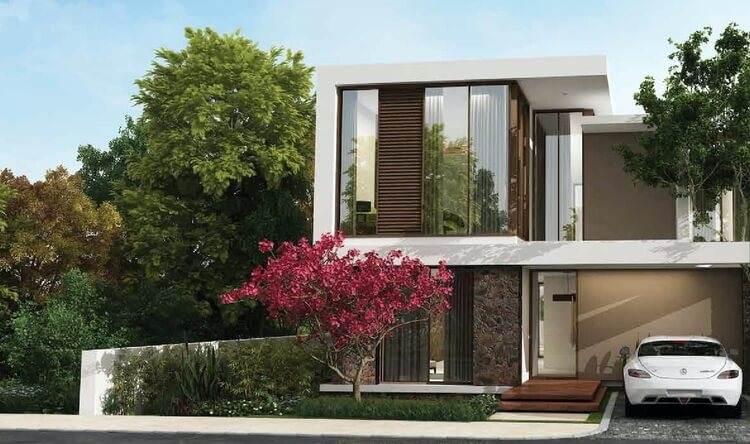