Why shall AL Marasem Fifth Square be your 1st choice?

A deluxe lifestyle immersed in a highly-integrated community is what Al Marasem Fifth Square promises its customers; a compound that speaks for luxury and elegance coping with the 21st-century urban housing lifestyles.

Fifth Square Compound is one of the top-flight residential projects launched by Al Marasem Company on 185-Feddan Land space in one of the most strategic areas in Fifth Settlement.

One of the main features that shall be highlighted as the most significant privileges in Al Marasem Fifth Square is its quality of services and facilities, as residents can enjoy different facilities such as a huge clubhouse, a modern gym, an integrated food corner, a commercial mall, and medical centers, etc. 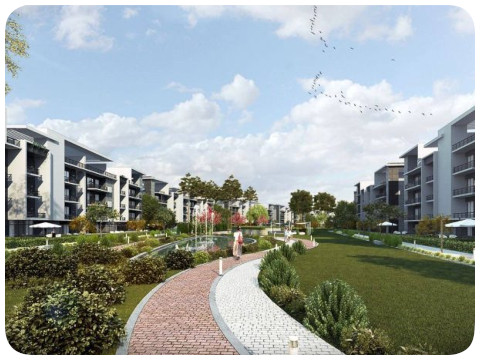 The strategic location of AL Marasem Fifth Square encourages many property buyers to experience the luxury and livability of its neighbourhood. As Fifth Square compound is located directly on the northern N ‘Teseeen street, more specifically in the Golden Square, with great proximity to Fifth square’s main luxurious compounds that include Sodic, Mivida, PK2, and Sabour Compound.

Moreover, the accessibility of Al Marasem Fifth Square location to Cairo’s main gateways enables residents to move around the city, or travel to their desired destinations effortlessly.

The nearby places from Fifth Square Compound:

AL Marasem Fifth Square was established on a massive land space of 158 Feddan in one of the most livable areas in New Cairo, Golden Square.

The compound’s space was ideally divided into 2 main sections, residential and commercial, with significant consideration to dedicating space for green parks and areas.

The residential area in Al Marasem Fifth Square is renowned for its wide selection of housing options with peculiar premium specifications that match customers’ requirements.

The grandeur of the contemporary designs of the urban areas is represented in Fifth Square Compound in its most prestigious forms, as Al Marasem design team was keen to outline an authentic design that brings both luxury and comfort.

Fifth Square features awe-inspiring landscapes that depend mainly on 2 elements: the enchanting greenish color of parks and the blue shades represented in small lakes and fountains.
The design of buildings & landscapes in al Marasem Fifth Square 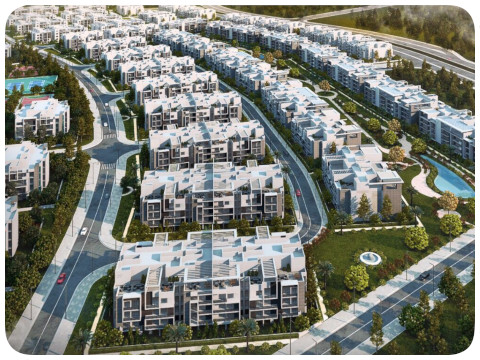 The design of buildings & landscapes in al Marasem Fifth Square

Marasem Development Company announced the launch of different types of residential units that include twin houses, townhouses, apartments, and villas.The space of apartments in Al Marasem Fifth Square starts from 80 Sqm up to 270 Sqm. Check other types:

You Can Get The Home Of Your Dreams With One Click! 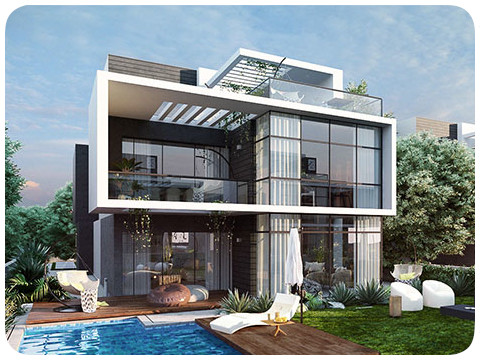 Al Marasem Fifth Square is the perfect choice if you are looking for a prestigious compound in the heart of Fifth settlement that provides a high level of integration so you don’t have to step out of the compound.

If Fifth Square is added to the top of your list, you need to check the provided facilities:

What is the partnership system launched in Al Marasem Fifth Square?

Al Marasem approached a new purchase system with a clear-cut vision of “Partners and not customers,” in which the company is shifting the traditional relationship between the entity and its customers by paying attention to the advantage given to the buyer as a partner of success, not just a customer.

In other words, the partnership system in Al Marasem Fifth Square is a new privilege for customers to pay only 50% of the total cost of the unit, provided that the company is entitled to own a half section of the unit.

HOW Can I Benefit from the Partnership System of Fifth Square Compound?

1-The Right of disposition

Besides the half payment, Fifth Square property buyers are entitled to either rent or resell the unit at a price that they can only decide.

The low cost required in the system and the freedom to sell makes the partnership system an excellent opportunity for investment.

2-The Ease Of Installment System

The company exceeded its customer’s expectations by including another feature of the Partnership System which is the ability to pay 50% of the cost during different periods. Fifth Square is included in this system too!

Coming to the most needed part, which is the profit! Indeed, the high value of the real estate market, especially in Egypt, enacts many individuals to invest in the housing industry in order to guarantee a doubled revenue over time.

It’s notable that Al Marasem Company was prudent to provide its customers with the same expected level of opulence and high quality.

So, whether you are going to purchase a unit in Al Marasem Fifth Square to settle or to invest, you’ll receive the same home quality in addition to the privilege of other daily maintenance services.

Al Marasem Company managed successfully to distinguish its project “Al Marasem Fifth Square” from the competition with a profitable price list, as the price of each unit is perfectly set according to the provided features and its premium quality.

To know The Price of Each Unit, Meet Our Team NOW! 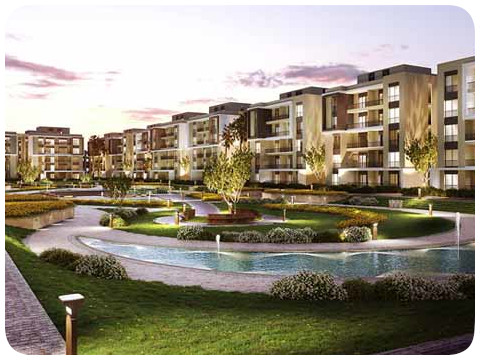 The Payment Plan of Fifth Square Compound features facilitation and longevity; property buyers are entitled to pay their dues over 8 years, upon the system they choose.

Choose The Most Suitable Option For You!

Al Marasem Development is one of the top pioneers in the real estate industry that is devoted to bringing practical and innovative solutions into reality as ideally shown in Al Marasem Fifth Square.

During the last 20 years, the company has been collaborating with the market’s top leaders in different countries around the world in order to constitute one-of-a-kind residential projects. GEO, ICE, YBA Architectes, EEGMA, Site International, ECG, Design Center, and AMSAD are the main 8 partners of AL Marasem Development.

AL Marasem Company has expanded all over Egypt with different projects that include airports, residential developments, hotels, transportation networks, roads, and electromechanical projects.

The excessive development collaboration of Marasem Company in Egypt led to its classification as one of the top construction companies by The Egyptian federation of construction and building contractors.

Other projects by Al Marasem company:

Other compounds in New Cairo city

Who is the developer of Fifth Square Compound?

Where is Fifth Square Compound located?

What are the main units provided in Fifth Square New Cairo?

How can I contact the consulting team in Al Marasem Fifth Square?