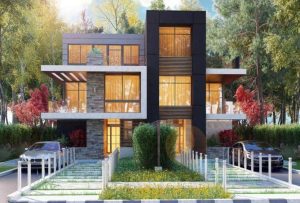 New Capital City is Egypt’s foremost growing dream that aims to encapsulate a large portion of the increasing population, which is expected to be dramatically doubled during the next decade, by providing a new realm of luxurious housing projects.

The Housing Ministry initiated building the New Capital City as one of the most luxurious fourth-generation projects by providing numerous housing and industrial opportunities, to copycat the same level of vibrancy and vitality provided in the old main cities.

Yet, the project would address a higher level of opulence and elegance.

By the end of 2025, it’s expected that the city would be competent for everyday living, with a huge number of residential units that would be fit for 40 million persons.

For further details about the best Compounds in New Capital City, Meet Our Team Now!

How many phases does the New Capital City include?

The Housing and Planning ministry set the milestone of their breakthrough projects over the most significant possible space, which exceeds 714 million m2. The ministry divided the project into three prominent phases to facilitate its construction and disseminate the roles of the picked master contributors & authorities.

The first phase of the New Capital City is constructed with over 30,000 Feddan, with the plan to accommodate around 6,500,000 persons. The second phase of the project is set over a massive land space of 47,000 Feddan. while the third phase is considered the largest among all, as it’s built over 97,000 Feddan.

During the planning phase, the government was keen to contract with only those who are capable of addressing the main residence issues and, in return, present a smart vision for it.

A Smart City “New Capital” is about to be Launched

Egypt’s New Capital City is set in alignment with the necessity of keeping pace with sustainability.  Therefore, the project construction approaches a smart model that highlights the potential of using clean energy and different other sustainable practices to support the environment, such as the use of clean energy, waste recycling, and water treatment.

1- Clean Energy
To cope with the sustainable movements all over the world, the project contains one of the largest solar panels in Egypt that is expected and cover + 30% of the total production of electricity by generating 130 MW of energy.

2- Waste Recycling
Waste recycling is considered one of the most sustainable solutions to boost the recycling industry; therefore, it’s become an essential part of all residential districts and compounds in the capital city.

3- Water Treatment
The government was keen to provide the city with an advanced water treatment and sewage system to treat around 1.5 million m2 of potable water on a daily basis. Most importantly, it’s planned that the surplus amount would be pumped to other different areas, such as the 10th of Ramadan City and New Cairo City.

In addition to the above-mentioned sustainable initiative launched in the New Capital City, the project will offer other services and facilities to qualify the city for daily residence.

1- Surveillance System
Because security always matters when it comes to choosing a new place to settle in, the New Administrative Capital in Egypt is provided with an ultra-smart surveillance system that is professionally capable of detecting objects and monitoring movements.

The top Compounds in the New Capital City would be supported with strong fibre infrastructure, revealed by the ministry of housing represented, that enables residents to stay connected with their beloved outside the city and the country at any time they love to connect. connecting every building using FTTX technology.

Despite the availability of different authoritative billing kiosks, offering a smart card was the perfect solution for paying whatever types of bills residents owe.

later on, would strengthen the economy positioning Egypt with the developed countries.

What are the main facilities provided in New Capital City?

In order to provide a premium version of the old capital city, it’s necessary to offer the same level of competency in all life aspects( Medical, Education, Entertainment)

Hence, the project fulfils residents’ needs through the following facilities:

Real estate companies aimed to contribute to city construction by providing solution-oriented residential projects. In other words, companies are competing to provide their best in terms of design, units, and prices.

Here’s a shortened list of the best compounds provided in New Capital City:

Master Group Company aims to provide a highly-balanced lifestyle where residents are capable of practising their work cycle, and still being able to enjoy the luxurious facilities represented in the project.
As the compound includes a Nurtition-based club & sporting hub, and cinema club, a commercial mall, and a medical centre, etc.

Project Space: With a total land space of 60 Feddan, customers are privileged to choose their perfect house with the space specifications they look for. The smallest studios start from 80 m2, and the average duplex space is 350 Sqm.

Il Bosco New Capital Compound is a diagram for luxury and smart cities. Il Bosco Compound features lush greenery landscapes and a premium level of integration, to provide the perfect balance between residents’ need to experience serenity and fulfilling their essential and luxurious needs.
Space Information:

Project Space: The compound is constructed over 200-Feddan land, where property buyers can find multiple housing options such as villas, apartments, and twin houses. The minimum space provided in the project is 128 m2, and it reaches up to 474 villas.

Dar Memar Company launched Anakaji Compound in a strategic spot inside New Capital City, which is district 8. Around 82% of the compound’s space is covered with eye-pleasing landscapes to cope with the natural environment represented in the city.

Project Space: The minimum space provided in Anakaji New Capital for apartments is 92 Sqm, while the maximum space is 286 Sqm.

De Joya Compound in New Capital City is one of the foremost projects that its customer support keeps to receive demands from buyers. Taj Misr launched De Joya in R8 with a considerable proximity of 10 minutes from both the Opera House and Expo Land.

Project Space: The compound land space is 23 Feddan, it offers a wide variety of apartments of which the smallest unit space is 75 m2, while the largest one amounts to 300 Sqm.

Midtown Sky Compound is one of the prominent residential projects in the New Capital City that offers customers the highest levels of comfort and luxury, through a group of services, facilities, and perfect customer support.

Sueno Compound is a prestigious gated community that offers a group of high-class services; such as a gym, medical centres, a sports club, a restaurant-based area, and natural views.

Project Space: despite the minifying space of the Sueno Project, which amounts to around 11 Feddan, the company managed to offer different types of units with suitable average spaces that start from 122 m2 and reach up to 327 m2.

Other Residential Projects in New Capital City Worth Your Attention